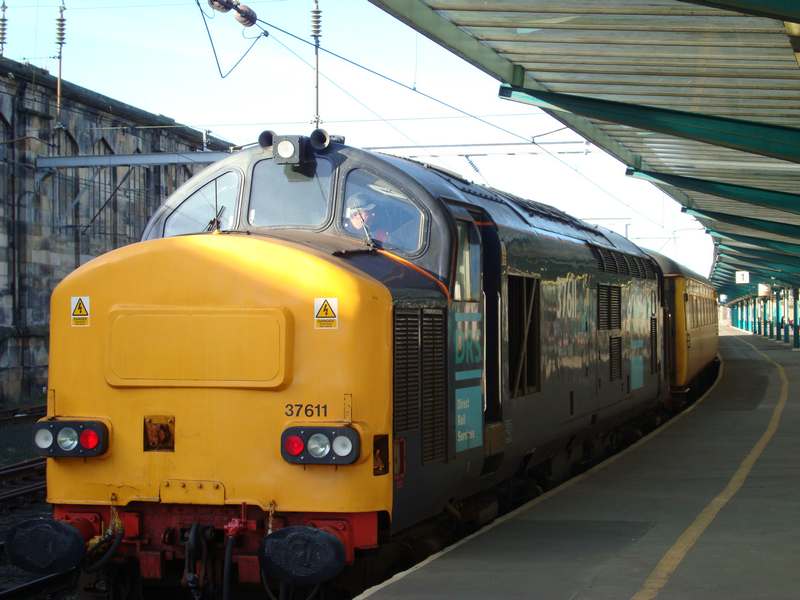 This Forum is about Trains you can talk about Real Railways, Train simulators and much much more..

1)What does TPWS stand for?
2)What differs it from standard AWS?

You've more or less summed it up, so I'll say you're right. However, TPWS is actually Train Protection and Warning System, but as far as I know, not many people know that and it doesn't really matter.

Yownanymous wrote:1)What does TPWS stand for?
2)What differs it from standard AWS?

2. It is a totally seperate system to AWS. TPWS is normally invisible only operating when the train passes 'over speed' sensors too fast, or passes an energised 'train stop' which wont prevent the train passing a signal at danger, but should stop it within the overlap. AWS and TPWS are only wired together insomuch as you press the AWS button to begin the TPWS timout after a brake demand, whereas AWS is an active system always having a presence in the cab, either by way of a bell or a horn sounding.

Network Rail don't publish the settings for over speed sensors.

AWS and TPWS have their own rules and regulations, too complex to go into here.

Does anyone have more information about the TPWS ?

This is my licence project for college and i will need as much information as i can get about tpws .. thx

rapkeru
New member, still getting the hang of things